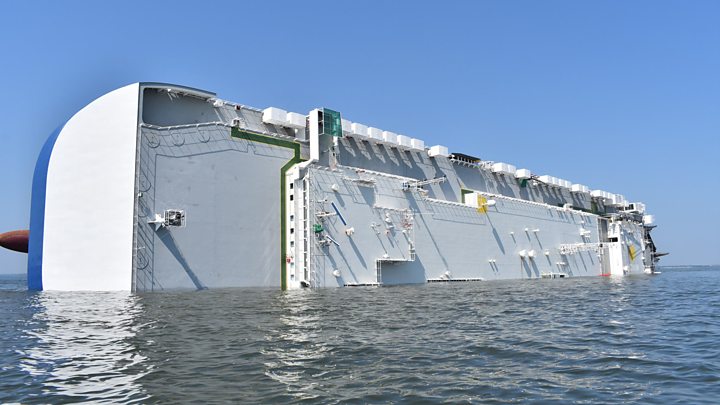 The Aftermath of a Capsized Cargo Ship (ATSC Blog)

This content was originally published on the ATSC Blog on September 16, 2019

On September 8th, the cargo ship Golden Ray capsized off the coast of the state of Georgia. At the time, the ship was carrying 24 people and 4,000 vehicles. Shortly after the ship capsized, a fire broke out on board, jeopardizing the U.S. Coast Guard’s ability to rescue the crew safely and raising questions about whether the vehicles aboard the ship might have come unsecured in such a way that they threatened the vessel’s stability.The image of the bottom of the cargo ship, fully visible after capsizing, was enough to give any supply chain professional pause. The implications of this unexpected disruption, just one of over two dozen similar events to take place globally so far this year, are far reaching and wide ranging.

I’ll admit that after learning the crew had been safely extracted from the ship, my first thoughts were: what was the ship carrying and whose was it? It was impossible to escape the reality that the image most people were looking at with vague curiosity translated to a very bad day for many people and organizations.

Regardless of where and when a cargo ship accident happens or why, there are significant impacts in terms of cargo, passage and environment.

Small parcel capacity constraints will be a real concern this holiday shopping season. So, what can businesses and… https://t.co/9JUMzTxsBc

The value of having well-categorized spend is not a high automated categorization percentage, it is to empower the… https://t.co/TyS7JIrE87