August 16 - 27: Bridging the Gap, Categorypalooza, and Build or Buy Analytics

The procurement events schedule continues to be slow, so I’m going to give you another 2 weeks’ worth of recommendations in one post. Check out these great options if you’re in the office chugging alo...

May 24-28: WFH Success, Cognitive Procurement, and How to Survive Forecasting

This Monday, you can catch me live on The Buzz with Supply Chain Now from 12-1pm ET as I join regular co-hosts (and good friends) Scott Luton and Greg White to cover top news stories – AND maybe even ...

Should procurement be paid commission?

It is not uncommon for procurement to receive a bonus payment based on the savings the department has achieved. In this post we discuss if procurement would benefit more from being on a salary plus co...

The Procurement Conundrum: Savings or PR?

These are tough times to be in business. Costs are rising but selling prices are not, mainly due to global competition. The arithmetic is simple: profits are being squeezed. Finding ways to drive down... 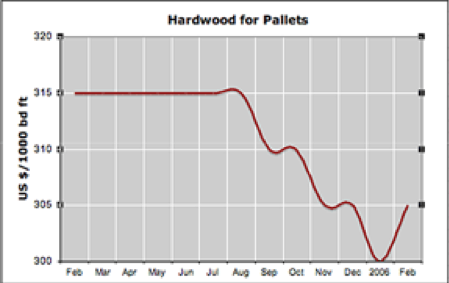 “…more than 70% of the top 1,000 companies around the world will have adopted supply chain finance programmes within the next couple of years.” (p. xiii) Financing the End-to-End Supply Chain, by Simo...

Hello everyone – long time no speak! There have been very few events since mid-December, so I’m only now getting the weekly procurement event recommendations up and running. If you look at the calenda...

Webinar Notes: Getting the Most From Strategic Sourcing

This week’s featured webinar was presented by the Next Level Purchasing Association and featured Joe Payne and Bill Dorn from Source One Management Services as the main speakers. You may also know them as the co-authors of ‘Managing Indirect Spend’, a relatively new publication that walks through the challenges and opportunities associated with indirect spend as well as a few category-based case studies.

Like their book, the guys from Source One kept their speaking points to the practical learnings from their extensive combined procurement consulting experience.

Webinar Notes: When Procurement Met Finance - How to Achieve the Hollywood Ending

This week’s featured webinar was hosted by Hubwoo and featured Jason Busch of Spend Matters. ‘When Procurement Met Finance - How to Achieve the Hollywood Ending’ evoked the long bumpy road for Harry and Sally (played by Billy Crystal and Meg Ryan) in the 1989 romantic comedy. The connections between the movie and the challenges of the procurement/finance relationship may not obvious, but Jason did a great job keeping the theme going.

Webinar Notes: Reaching New Heights: The Dividends of Collaboration Between Finance and Procurement

This week’s featured webinar was presented by ISM, Ariba, and CFO Research Services. It was based on a recent study of 263 finance executives from North America, Europe and Asia about their perceptions of procurement. The study was originally conducted in 2007, so this can also be considered a five-year revisit.  If you are interested in reading the full report, you can download it for free (without registration) from CFO.com.

In this week’s featured event we heard from the Sourcing Interests Group Thought Leaders Council. They offered their definitions of savings as well as best practices. If you are interested in more about the members of the Council, read the SIG page about them in the Resource Center.

The Thought Leaders Council advises SIG on the build-out of the SIG Resource Center, makes regular contributions, serves as subject matter experts, and conducts working groups. The Council is representative of the SIG Membership, in that the majority of members are sourcing executives from the Buy-side. The Working Groups take suggestions from the SIG community and build guidelines for sourcing initiatives and categories.

The Good, the Bad, and the Ugly of the CEO Pay Ratio

In August the SEC adopted a measure that will require public companies to publish a CEO pay ratio in their financial statements. The ratio, which compares median worker pay to the CEO’s salary, is a provision of the 2010 Dodd-Frank act and it takes effect in January 2017.

Some of the early, albeit unofficial, CEO pay ratios seem to demonstrate an enormous pay disparity between the leadership and workers in a company. In other cases, it calls attention to CEOs with strikingly low compensation for the position they hold. For instance, Apple’s Tim Cook has a CEO pay ratio of 43:1, Ford’s Alan Mulally has a 113:1, and Goodyear’s Richard Kramer has a whopping 323:1 ratio. IBM and Intel have ratios of 25:1 and 30:1 respectively.

Any time procurement is evaluating a publicly traded company, we naturally make use of their financial statements and annual reports, which are valuable sources of information. But is this new ratio relevant to the evaluation of a supplier for financial stability, risk, and collaborative potential? Should procurement take this information into consideration when ranking and selecting suppliers?

Guest Post on the Social Contracting Blog: Is there “Tough Love” Embedded in Your Budget Process?

It is the worst question Procurement ever faces. C'mon – you know what question I'm talking about. That horrible, terrible question from Finance for which there is no good answer… If Procurement worke...

Financial Statement Analysis for the Faint of Heart

This week’s Wiki-Wednesday topic is financial statement analysis, and hopefully you’ll believe me when I say that if I can get comfortable with this, ANYONE else can too. Financial statements are not always easy to read, but with risk management and new supplier identification on the docket, the time has come for all of us to get used to doing it.

Procurement Impact from Top to Bottom

This week’s Wiki-Wednesday topics are Revenue (Net Sales) and Net Income (Earnings After Taxes). As at least a third of all procurement teams report into finance, pressure is mounting for us to articulate our value in financial terms. I’m covering both at the same time because while traditionally procurement has focused on Bottom Line (net income, EAT) impact, the time has come to start looking at the Top Line (revenue, net sales) as well.

The calendar continues to fill up, and this week I added events that are scheduled well into the month of July. There are 12 events taking place this week alone. Unlike other years, when things slowed down more for the July 4th holiday, there will definitely be event recommendations for the week of June 29-July 3. In addition to the events listed below for this week, I’d like to recommend two longer term events:

Last Tuesday I announced that Buyers Meeting Point has acquired MyPurchasingCenter, a website and online community much like BMP. This step increases our reach, audience, and – most importantly – our content base. Some of the best known writers in procurement and supply chain were authors for MPC, including Jon Hansen, Bill Michels, Dr. Tom DePaoli, Rich Weissman, and Elaine Porteous. Look for more on that front starting this week!

One commonality that I’ve noticed in webinars, blog posts and discussions recently is that digital transformation is getting REAL this year. No more nonsense. We’re over the hype, past the buzz and bored by the generalized razzle dazzle (jazz hands!). Expect to see more of this in 2020… as procurement gets smarter, service and solution providers will have to overcome our skepticism and critical thinking, focusing on the reality of digital transformation and the hard work required to make it successful.

If you are planning your webinar schedule further ahead, I recommend ‘Supporting C-Level Digital Initiatives with Business Spend Management’ from Coupa and Mickey North Rizza, IDC’s Vice President of Enterprise Applications Research.

Now that the summer is finally winding to a close, we should be able to get back to business as usual with webinar recommendations. In fact, I wasn’t expecting to be able to do a post this week (with the Labor Day holiday in the US), but voila! Webinars to attend!

If you are planning your webinar schedule beyond this week, I recommend “World-Class Procurement: Redefining Performance in a Digital Era”, hosted by Coupa and featuring The Hackett Group’s Amy Fong on September 25th.

In addition to the virtual events recommended below, this week also brings us ISM’s annual conference in Houston, TX. If you are going, make sure to go see my good friend Rod Sherkin (President of ProPurchaser). He’s presenting in the Challenges track on Tuesday morning at 10am: Cost Transparency– Catalyst for Achieving Negotiating Goals.

If you are planning your webinar schedule beyond this week, I recommend either ‘Supply Chain Tech Update: Drones & IoT’ from Supply Chain Now Radio, Talent Stream, and APICS Atlanta on April 26th at 12n ET or the next session of AoP Live: Automate Procurement Without Spending a Dime: Harness the Power of Group Purchasing on April 25th at 2pm ET from Art of Procurement and UNA GPO.

Are you ready for this? There are 12 webinars between Tuesday and Thursday this week – in addition to ProcureCon Indirect East taking place Monday through Wednesday. If you’re going to be at ProcureCon, be sure to catch Philip Ideson and Joanna Martinez in the Negotiator’s Boardroom on Day 2 at 9:50 am.

If you are planning your webinar schedule beyond this week, I recommend ‘COST TRANSPARENCY - A Catalyst for Achieving Negotiating Goals’ from Rod Sherkin, President of ProPurchaser, on April 25th at 1pm ET.